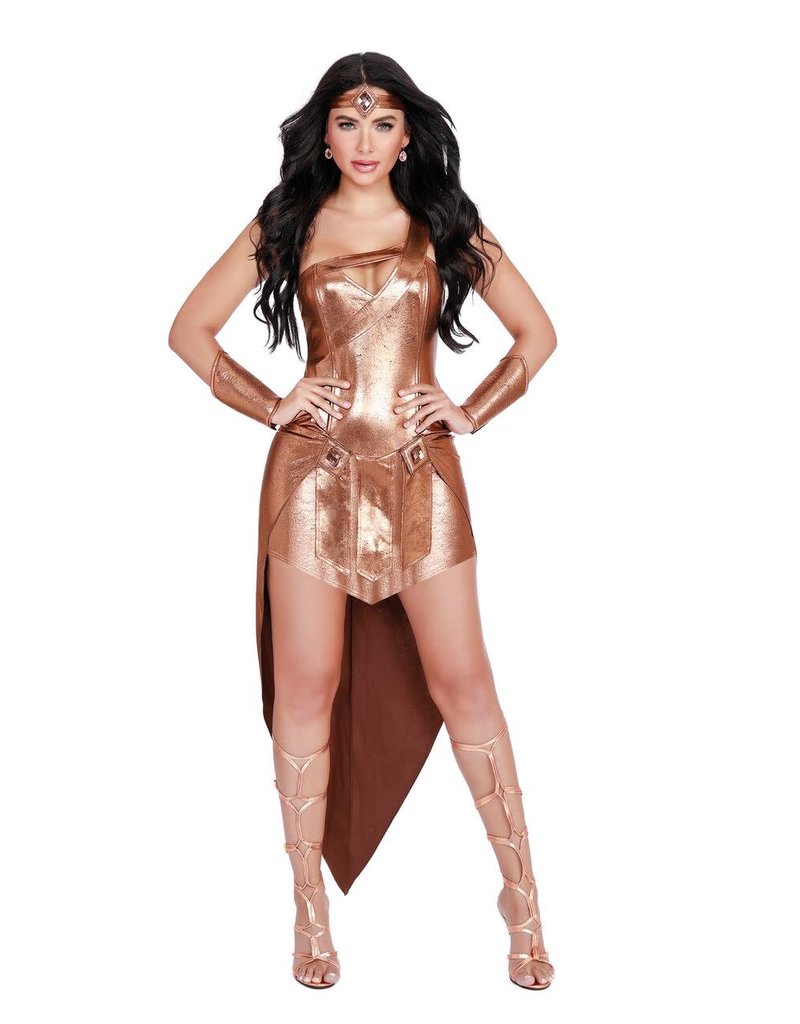 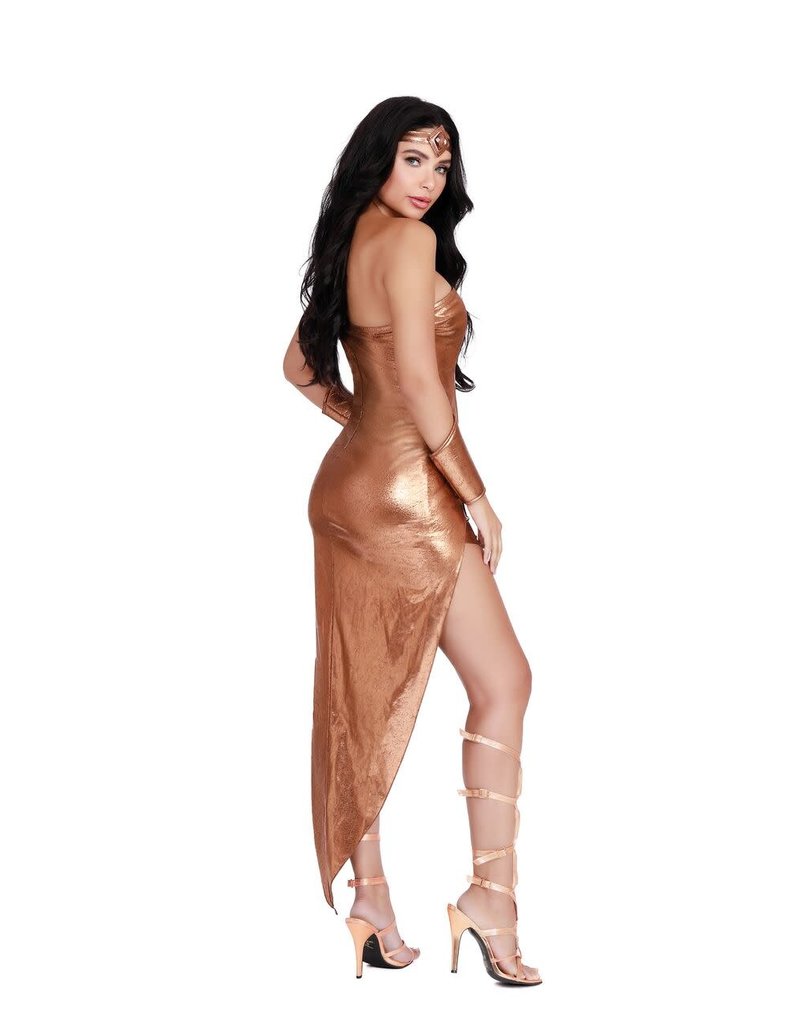 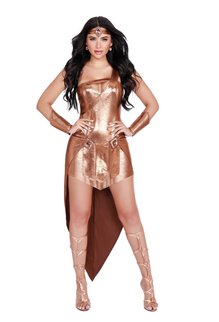 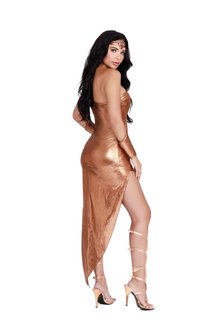 Slaying It Costume for Women

Become a beautiful and ferocious gladiator woman this Halloween in this gorgeous Slaying It costume from Dream Girl! Whether she's fighting other warriors or mythical creatures like the Minotaur, or she's driving off intruders from her island of only Amazon warriors, she cuts them down one by one and looks stunning while doing it! Appease the Gods up on Mount Olympus with this awesome gladiator costume! This costume comes with the stunning bronze warrior dress, the jeweled headpiece, and the wrist gauntlets. Jewelry not included.

When in Rome, do as the Romans do! And it's all Greek to me! This Halloween and for your next costume party, check out these awesome historical Grecian and Roman style costumes! From Roman gladiators to Julius Caesar himself, all sorts of Amazonian warriors and even the Gods and Goddesses coming down from Olympus themselves to enjoy some Halloween fun!  These costumes are also great for a good, old fashioned Toga party with friends! 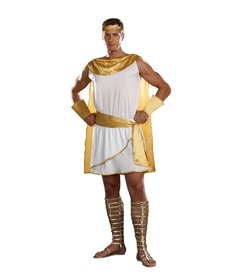 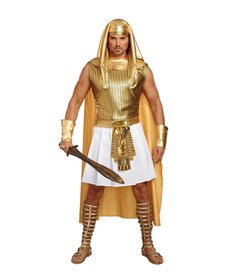