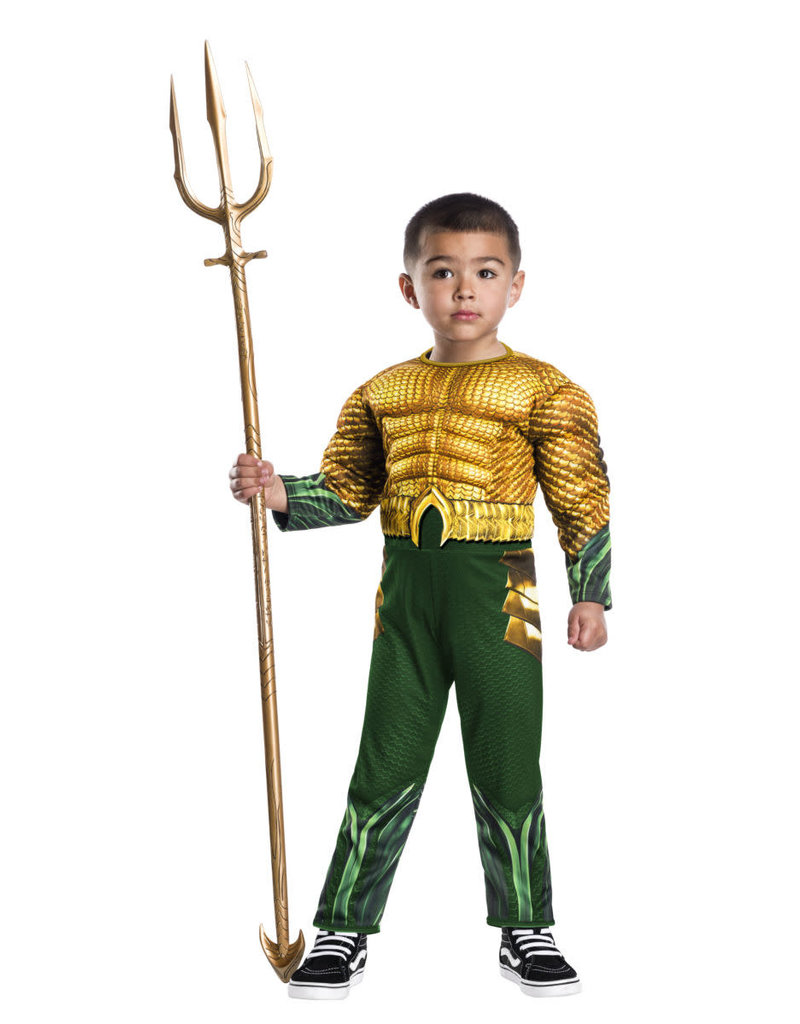 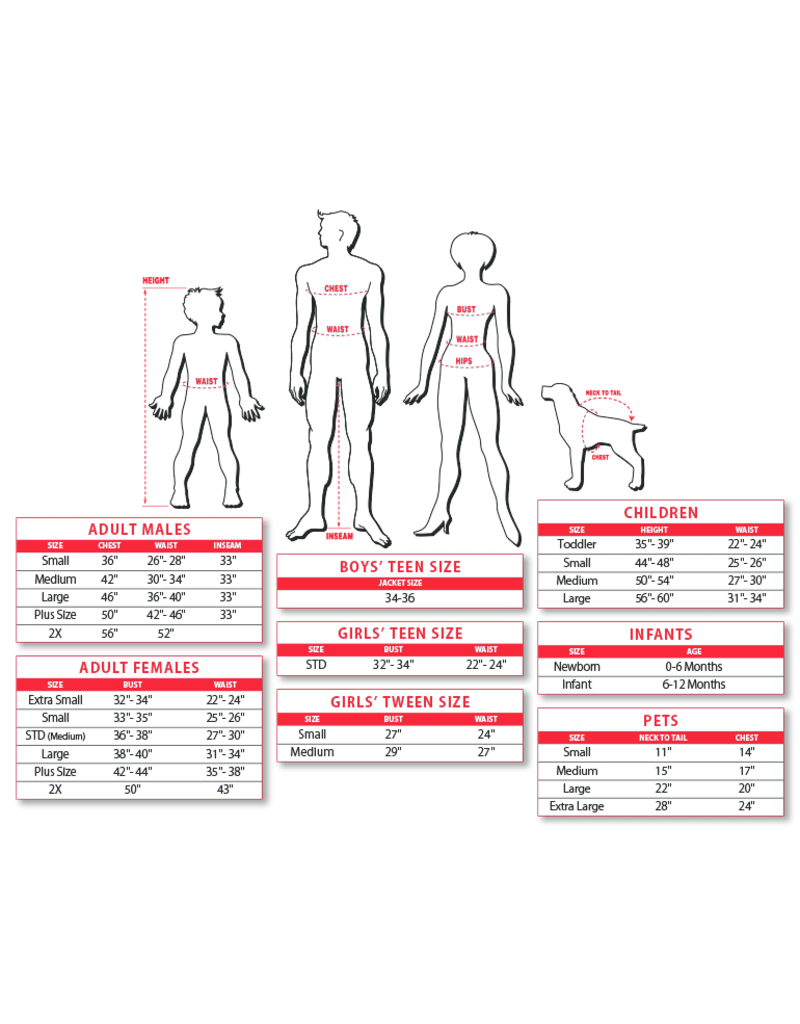 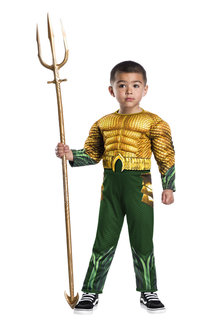 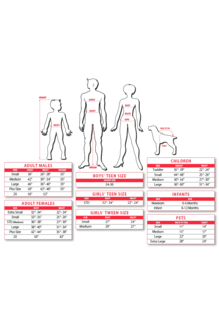 Batman, Superman, and Wonder Woman handle the hero affairs on land, but when it comes to the sea, that territory belongs to Aquaman and the Atlanteans! Born  from the love between a human and an Atlantean, Aquaman is a son of the land and the King of Atlantis! He was initially unsatisfied with being unable to live among the humans on the surface, but after aiding the Justice League in saving the world, he took his rightful place as Atlantean Royalty! This Toddler Aquaman Costume is based on how Aquaman appeared in Justice League and Aquaman, and comes with the Aquaman costume jumpsuit with the orange top, green pants, and built-in, padded muscle chest, and the belt! Aquaman isn't complete without his Trident of Altan, so complete your costume with a trident from Johnnie Brock's! This costume is great on its own,  as a couple's costume with Mera, or with a group of friends as the Justice League! This costume is Toddler sized. 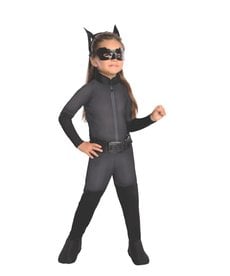 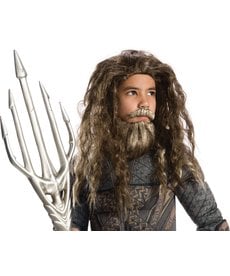 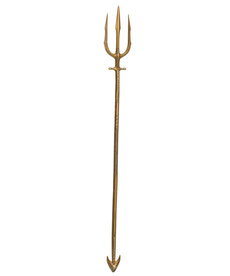 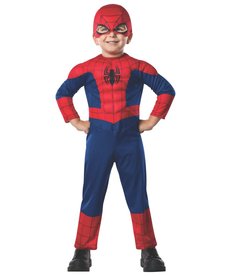 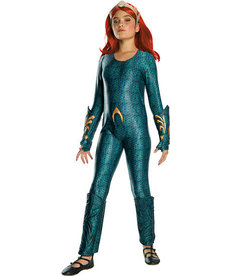