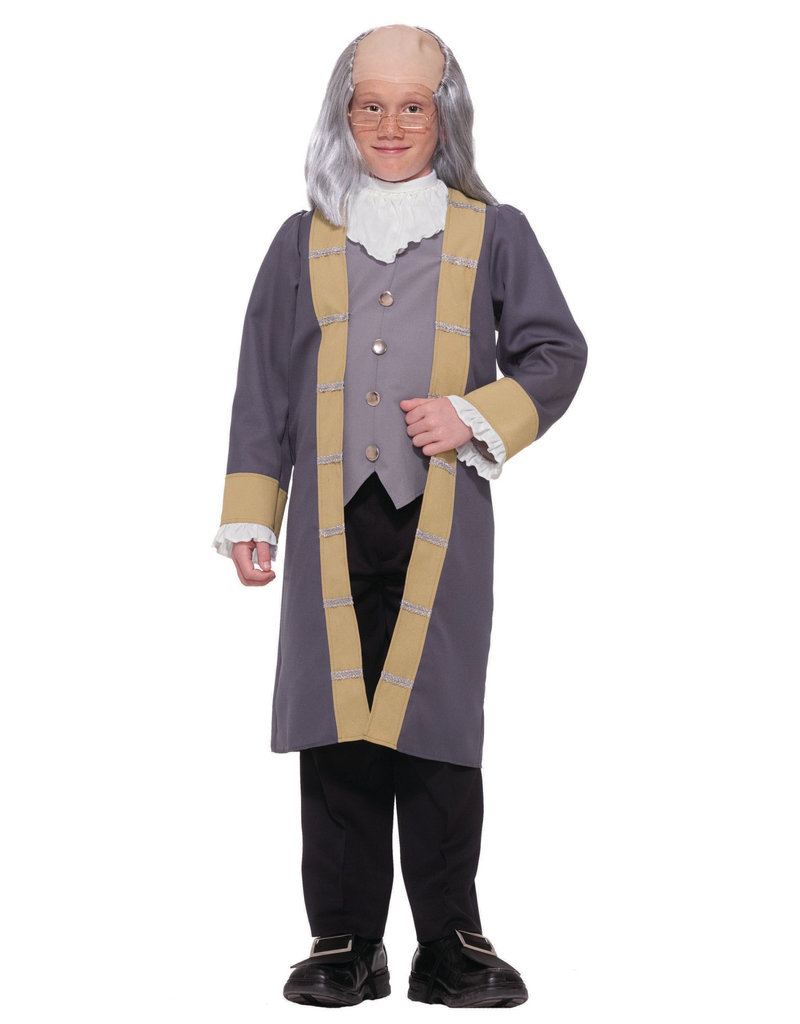 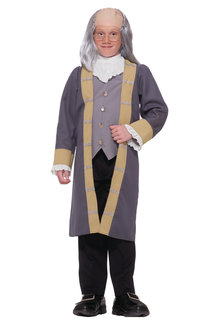 He discovered electricity! He was a brilliant inventor! He's one of the Founding Fathers of our country and he was so important, he didn't even have to be president to go on the hundred dollar bill! He's Ben Franklin! Step out as one of America's Founding Fathers this Halloween with this awesome Child's Ben Franklin costume! The costume comes with the colonial style jacket with attached vest and jabot, which is the white frilly thing on the front of the shirt. Wig and glasses not included. Go fly a kite this Halloween with one of the originals this Halloween as Ben Franklin! 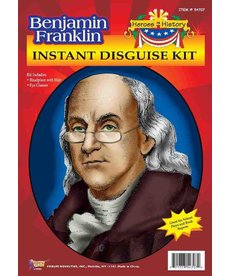