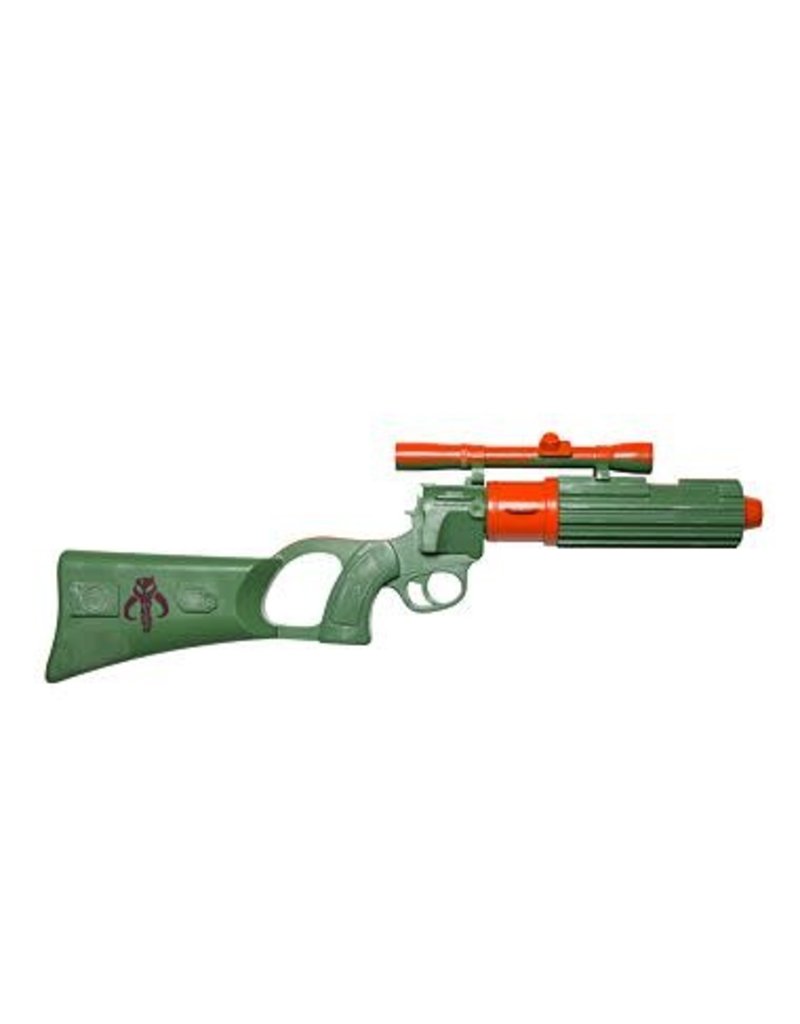 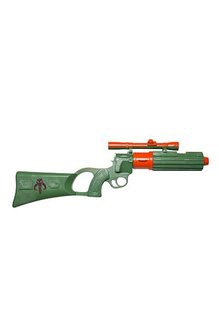 Long ago, in a galaxy far, far away... Join the noble Rebellion or the sinister Empire, fight alongside Jedis or the Sith in an intergalactic war! Star Wars is a beloved franchise that's spanned many countries, generations, decades, and languages, and shows no sign of stopping now! Show your love for Star Wars this Halloween with this awesome, authentic Boba Fett Blaster from Rubie's Costumes! A genetic clone of Jango Fett, Boba Fett was a bounty hunter whose DNA spawned an entire army of clones during the final years of the Galactic Republic. With his Mandalorian armor and his ship, the Slave I, he searches for criminals with bounties on their heads. This blaster looks just like the weapon Boba Fett used in the movies, with the green gun, orange trigger and accents, and orange safety cap. 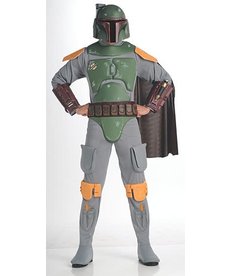