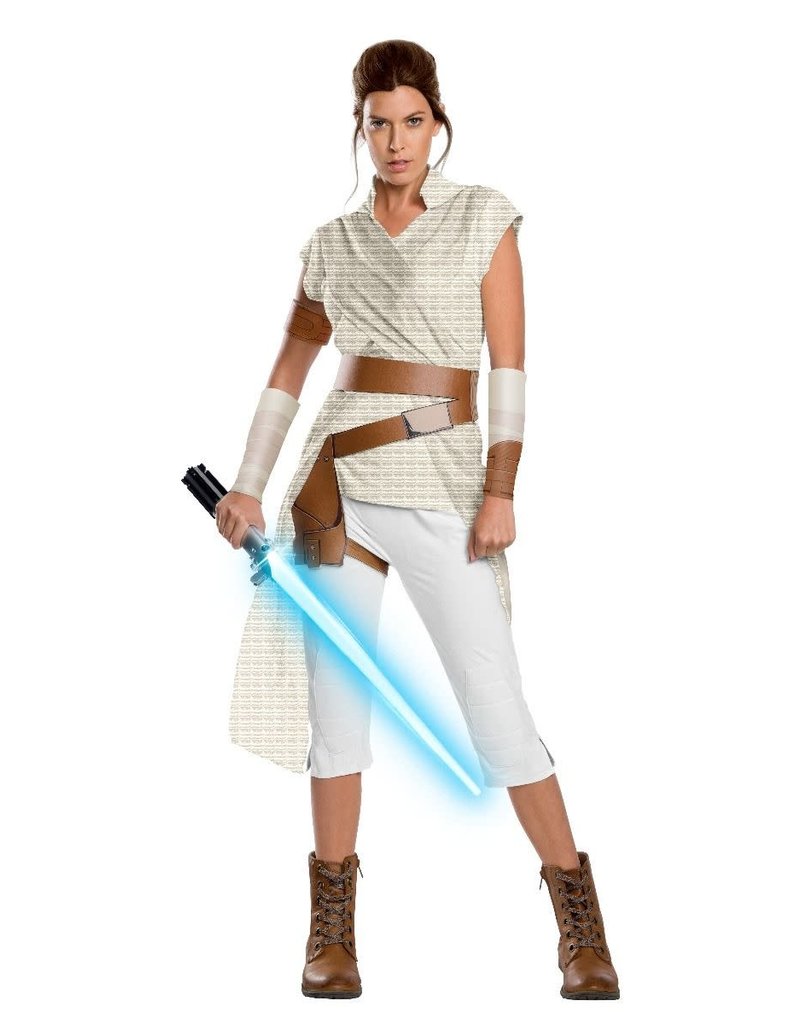 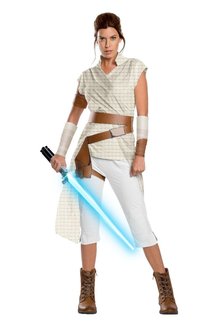 Long ago, in a galaxy far, far away... Join the noble Rebellion or the sinister Empire, fight alongside Jedis or the Sith in an intergalactic war! Star Wars is a beloved franchise that's spanned many countries, generations, decades, and languages, and shows no sign of stopping now! Show your love for Star Wars this Halloween with this awesome, authentic Women's Deluxe Rey Costume from Rubie's Costumes! An orphaned girl living off scraps on Jakku, Rey joins Poe and Finn and the rest of the Rebellion in taking down the First Order. This authentic, officially licensed costume is based on how Rey appears in The Rise of Skywalker and comes with the white hooded top, pants, the arm warmers, the upper arm cuff, and the belt with holster!

Star Wars: The Rise of Skywalker 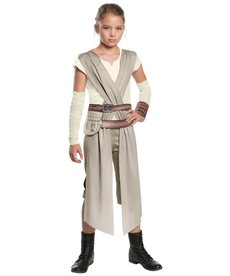 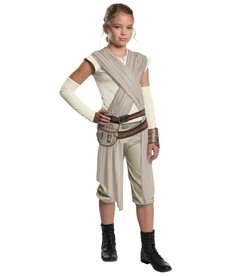 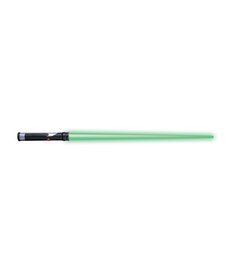