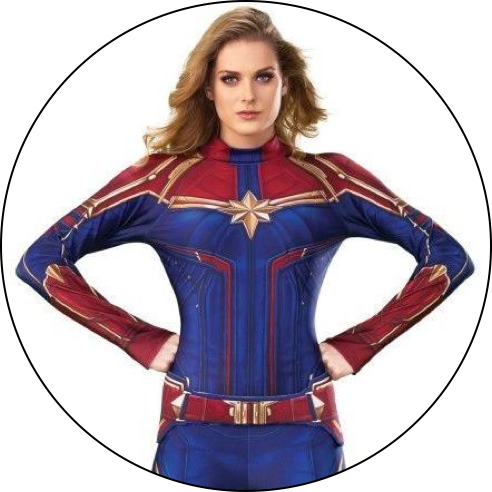 The new Queen of the Marvel Cinematic Universe, Captain Marvel is here! Captain Marvel grossed over $1.1 Billion worldwide, making it the first female-led superhero film to pass the billion dollars! Played by Brie Larson in the 2019 Disney blockbuster movie, Carol Danvers, ex-U.S. Air Force fighter pilot, becomes Heroine Captain Marvel after the Earth is caught in the center of a galactic conflict between two alien worlds, the Kree and Skrulls. Danvers’ DNA was fused with that of a Kree Alien during an accident, resulting in her receiving superhuman strength, energy projection and flight! Danvers is the bridge between Earth and space! Captain Marvel works with S.H.I.E.L.D. agent Nick Fury and her best friend, Maria Rambeau, and they must save the Skrulls before the Kree can destroy them all!

Captain Marvel is a strong and powerful female superhero and is a role-model for everyone! She fights for justice and goes everywhere in the universe to help worlds that don’t have superheroes! This Halloween, dress up as the amazing Captain Marvel! 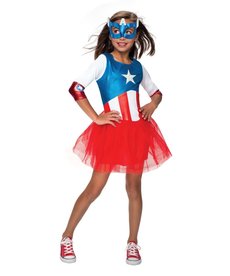 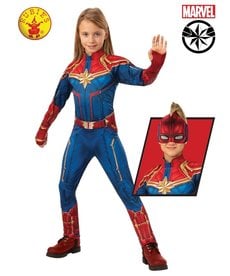 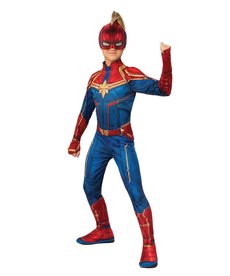